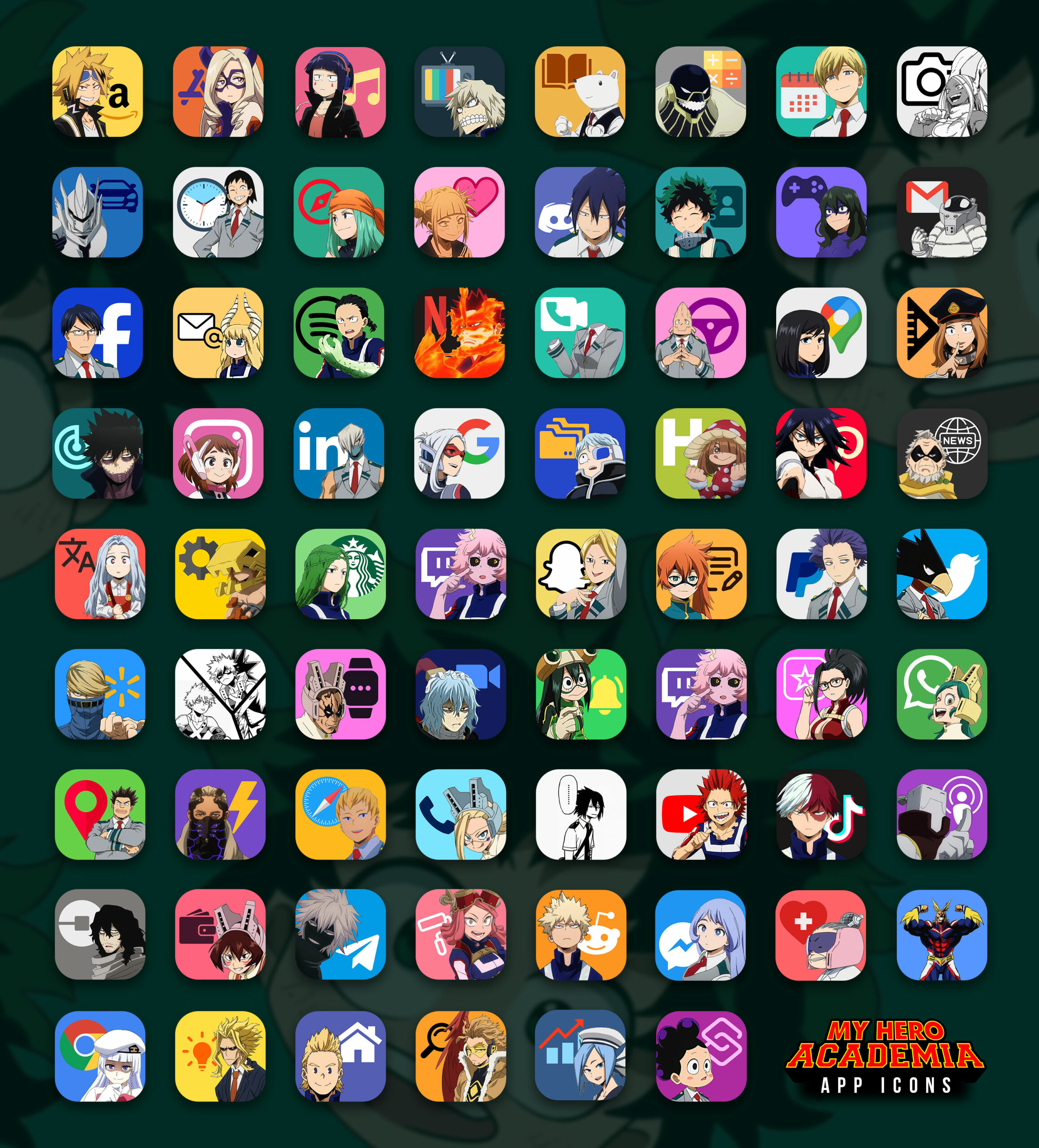 What is the defining trait of the superhero? Who do you think is a superhero – the one who can fly or is invincible, or a person that can sacrifice everything, even its life, to save others🧙? You can find answers to these and many other intricate questions in the famous My Hero Academia anime series.

Just imagine that all the superheroes and heroines from the western world appeared in the Japanese cultural universe🎌. Sounds great! Moreover, it looks even better – you can judge it from the MHA app icons. ❤️❤️

In a world where superpowers or Quirks are widespread among almost all people, living like a unique person (without any powers🤦) is not the best choice. However, the young boy Izuku Midoriya realized all the “benefits” of being unique from early childhood. Izuku was dreaming about becoming the greatest superhero💪. But the absence of Quirk made this dream impossible until the day he showed – real superhero attributes are not a Quirk✨, but a brave heart and self-sacrifice🦁. Precisely these qualities became his lucky key to the world of superheroes. Izuku was noticed by All Might – the greatest superhero of all time. He shared his Quirk with the boy and opened the door to the U.A. High School – the magnificent place where superheroes and heroines are learning. ✅Download these My Hero Academia app icons to learn more.

All the MHA characters have unique powers – Quirks. We distributed different app icons according to these forces. Let’s look at some of them and learn a little bit more about each character.

This anime app icons iPhone set includes cool widgets and wallpapers for your smartphone. Both these groups fulfill with superheroes, like Shoto Todoroki🔥❄️ (the boy that holds ice and fire inside), Great Explosion Murder God Dynamight🧨💣 (the name speaks for itself), or Jet-Black Hero: Tsukuyomi (a mysterious superhero with shadow monster Quirk🥷). They all and many others are Izuku Midoriya’s friends, classmates, and opponents.

Our anime app icons can give your smartphone super attractiveness. So tap the ⤵️ download button to activate this Quirk and become the hero you want.

⚠️
These icons, wallpapers and widgets are for personal use only.
By downloading this product you agree to not share, sell or redistribute this product in any form.

Use these buttons to get Icons, Wallpapers and Widget images in ZIP

To install all custom icons in a few taps, you may use the Configuration Profile.

Note: Available only for iOS.